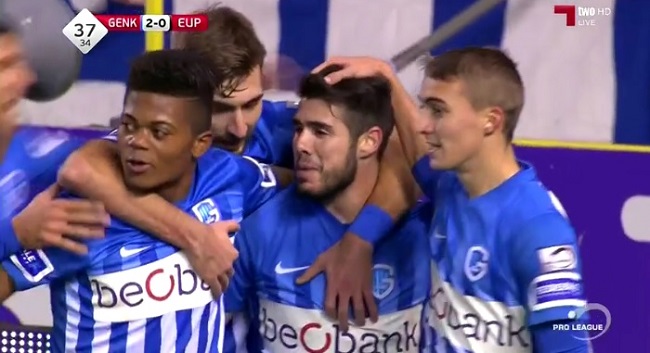 KAS Eupen’s impressive four-match unbeaten run came to an end on Saturday with a 2-0 defeat at Genk.

Much was expected from “Les Pandas” after last week’s impressive 4-2 win over Sint-Truiden, but they once again failed to solve their defensive problems, and now have the second worst defensive record in the Jupiler Pro League this season, conceding 35 Goals in 15 matches.

The defeat could have been heavier but for a brilliant performance from goalkeeper Hendrik Van Crombrugge who produced at least three crucial saves to deny Leon Bailey before parrying away substitute Mbwana Samatta’s header in the closing minutes of the game.

Fahad Al Abdul Rahman, who was recently called up for the Qatar national team, started his 14th league game this season, but he struggled to cope with the speed and strength of Bailey.

The 19-year-old Jamaican winger was without doubt the man of the match at Luminus Arena. His teasing cross from the right flank in the 20th minute ended with an own goal from Ibrahim Diallo, then seven minutes from the break he was the first to react after his effort was blocked by Van Crombrugge, setting up Alejandro Pozuelo for the winner.

Anthony Bassey’s long range efforts were the only real threat for the home side, and the Nigerian midfielder

Tweets by FootballQatar
scroll to top