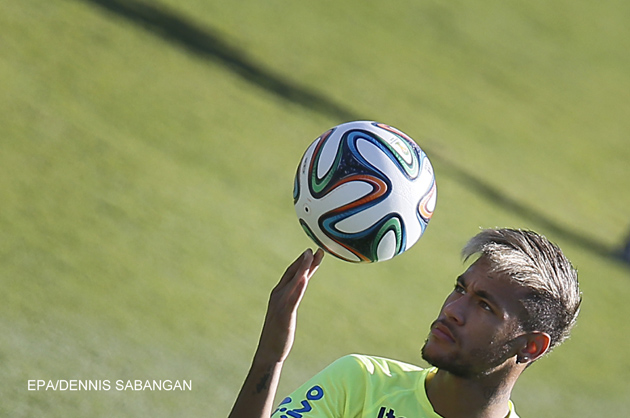 Hosts Brazil will be hoping to avoid an early exit from the 2014 FIFA World Cup when they face Chile in the opening game of the round of 16 at Stadio Mineirao in Belo Horizonte on Staurday.

Brazil have never lost to Chile on home soil, and are undefeated in their last 40 home games. Their last home defeat came in 2002 in a friendly game against Paraguay, while their last competitive defeat was in the first leg of the 1975 Copa America semi finals (1-3) against Peru at Belo Horizonte.

All eyes will be on Neymar. The Selecao’s top scorer and defiantly their best performer during the group stage.

The FC Barcelona star scored four goals already and will be the biggest threat for the Chilean defense, but the Mexicans showed earlier in the tournament that he is stoppable.

Brazil goalkeeper Julio Cesar was in great form during the group stage, but his defense line was full of problems either on the flanks where Dani Alves and Marcelo were not at their best when it came to defending, or even at the center with Tiagho Alves being shaky at times. David Luiz took most of the pressure in the past three matches and performed quite well, but he picked a slight injury during training that might affect his performance this evening.

In midfield Oscar was influential specially in the opening game against Croatia, and his playmaking abilities could certainly made the difference once again against Chile, while Luiz Gustavo looked in great form specially in the final game against Cameroon. Fernandinho made his tournament debut against Cameroon, and was arguably the best player on the field in the second half.He might be rewarded with a starting spot.