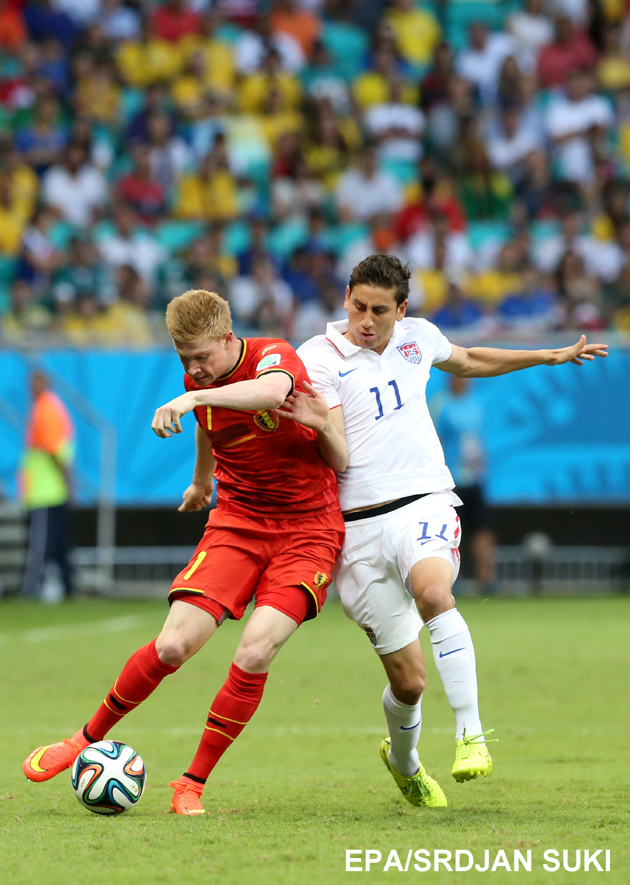 A highly entertaining game at Arena Fonte Nova in Salvador saw Belgium squeezing past a brave USA side to reach the quarter finals of the FIFA World Cup for the first time since 1986.

Everton goalkeeper Tim Howard kept the Americans in the game with a man-of-the-match performance as the original time ended goalless.

Belgium boss Marc Wilmots introduced Romelu Lukaku at the start of the extra time and the powerful forward made the best of the tired american defense setting up Kevin De Bruyne for the opener, before doubling the score by himself in the closing seconds of the first extra time.

19-year-old substitute Julian Green pulled one back for USA two minutes into the second extra time that was dominated by the Americans in a nail-biting finale.

Belgium will now face Argentina on Saturday at Estadio Nacional in Brasilia for a place in the semi finals.