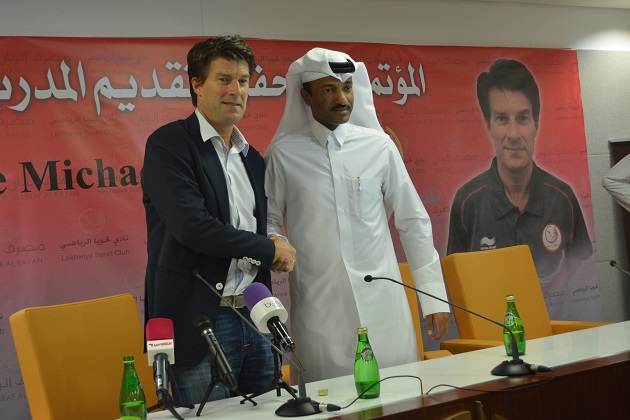 Laudrup signed a one-year contract with the club and will be replacing Belgian coach Eric Gerets who was sacked by the club at the end of last season despite leading them to the league title.

Lekhwiya will be Laudrup sixth club as full time coach, and his first outside Europe where he previously took charge of teams in Denmark, Spain, Russia and England.

His most recent achievement came in the summer of 2013 when he led Swansea City to the League Cup title in England, their first ever major trophy. But, he was later sacked due to poor results in the following season.

“I have lived in eight countries throughout my football career, and I felt it is the right time now for a new challenge, gaining new experience and meeting new people” Laudrup told the local media.

The 50-year-old Danish coach knows very well the pressure that will come with coaching a team that’s already at the top, but he is not worried about it at all.

“I think that handling pressure is a part of any coach these days, and I also think that the pressure is more when you take charge of the team that’s battling relegation, I have been through that with Mallorca for instance, and handled it very well. But for a club that’s already on top it