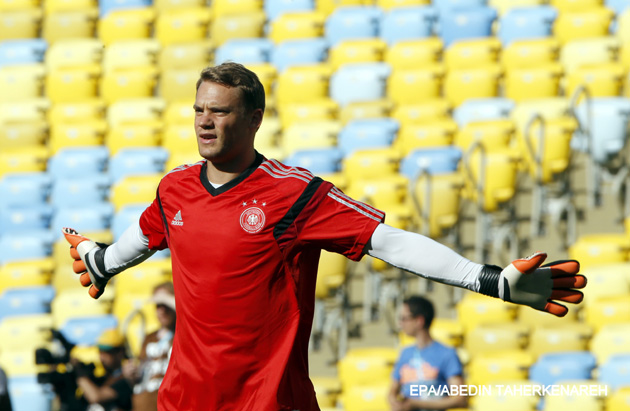 The quarterfinals stage of the 2014 FIFA World Cup will kick off on Friday with a massive clash between Germany and France at the Maracana.

The two European giants were impressive during the Group stage, but it was a different story in the round of 16, as France scored two late goals to get past African champions Nigeria, while the Germans needed to go through extra-time before defeating Algeria 2-1.

Since taking charge of Germany in 2006, Joachim Loew led the team at least to the semifinal stage of each major tournament they took part in (Finalists in Euro2008, third-place in 2010 FIFA World Cup, semifinalists in Euro2012).

France goalkeeper Hugo Lloris will be hoping to record his fourth clean sheet in the competition, as he only conceded two goals during the 5-2 group stage victory over Switzerland. Meanwhile, Mamdou Sakho will be expected to make a return to the heart of the French defense after missing the Nigeria clash through injury.

Upfront, Antoine Griezmann might be preferred on the left flank in place of Olivier Giroud who failed to impress in the game against Nigeria.

For the Germans, Shkordan Mustafi will miss the rest of the tournament after picking up a hamstring injury during the clash against Algeria. Loew might opt for the experienced Phillip Lahm in the right back position.

Miroslav Klose will be looking for his 16th goal in the FIFA World Cup competition, in order to surpass the current record he currently shares with Brazil legend Ronaldo, but Loew mainly used the 36-year-old striker as a substitute during this tournament.