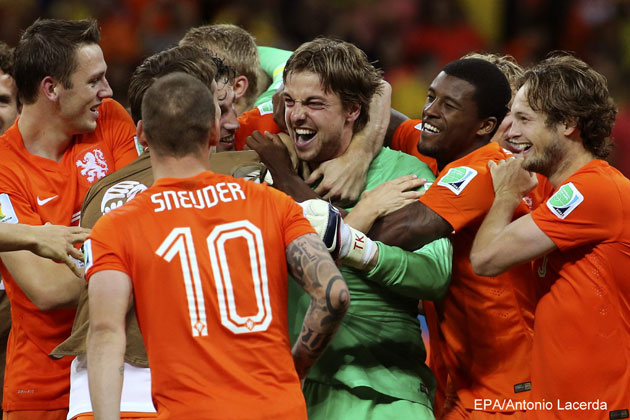 An intelligent substitution by Louis Van Gaal in the final seconds of the game inspired the Dutch to a 4-3 penalty shootout victory over Costa Rica as they secured a place in the last four.

The new Manchester United manager made a change in the goalkeeping department just 33 seconds before the final whistle, sending on Tim Krul for Jasper Cillessen, and the substitute justified this decision with two brilliant saves during the penalty shootout to book his team a semifinal clash against Argentina.

The 2010 finalists dominated most of the game but they faced a well organized Costa Rican side and a brilliant goalkeeper in the form of Keylor Navas who kept his team in the game until the final whistle.

With their best defender Oscar Duarte unavailable due to suspension, Navas