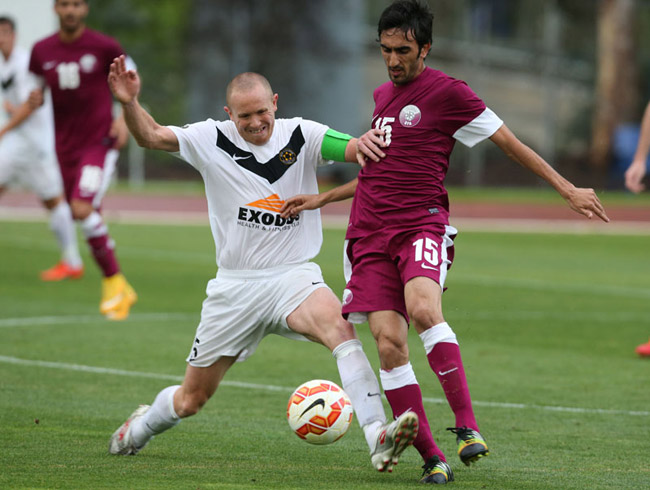 Qatar defeated Team Wellington of New Zealand 3-1 on Monday, in their last warm-up game before kicking off their 2014 Asian Cup campaign against UAE next Sunday.

Goals from Ibrahim Majid, Meshal Abdullah and Boualem Khoukhi gave Al Annabi a comfortable victory over the ASB Premiership (New Zealand’s Football Championship) leaders in a match that took place at the football pitch of the Australian Institute of Sport under stormy weather conditions.

Despite early chances for Team Wellington, Qatar ended the first have with a 2-0 lead. Majid headed in a perfect cross from Hassan Al Haydos to open the score, and the in-form Abdullah added another goal after benefiting from a wonder through ball from Khalfan Ibrahim.

Michael Gwyther pulled one back for “Team Welly” but Khoukhi secured Qatar’s victory with a low volley from just inside the box after good work from Ali Asad on the right side.