Canberra Stadium hosted the final game of Group D between Arab brothers and sisters in Iraq and Palestine, and once again football was the winner on and off the field. It was another mild evening and fortunately for the crowd of just over 10,000 the forecast rain showers and possible thunderstorm held off throughout the game. 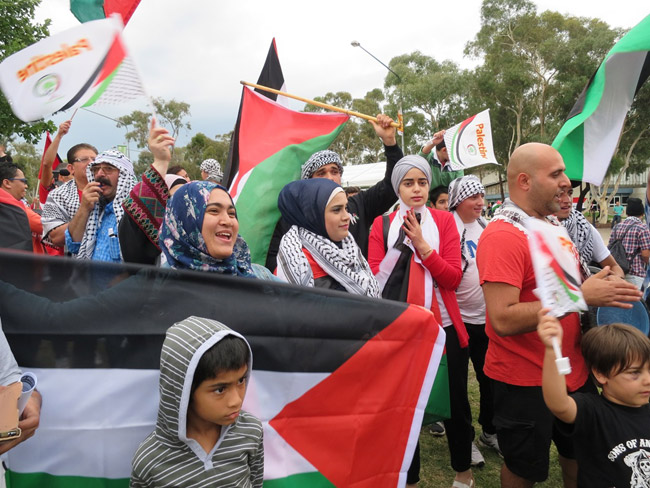 Although the vast majority of active fans were for Iraq, there was a large contingent of Palestinian supporters who also brought their flags, drummers, songs and chants.