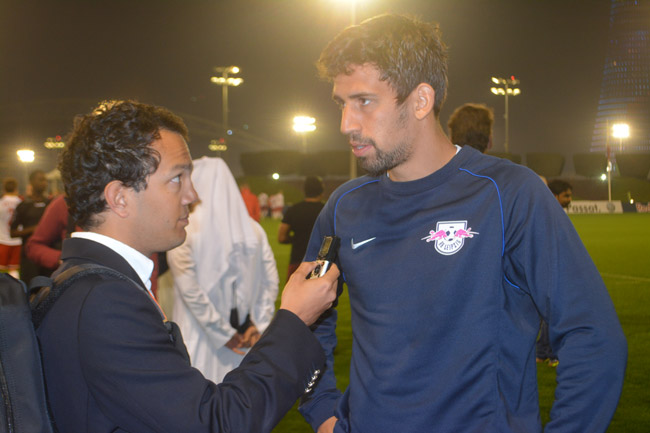 The 21-year-old midfielder represented Germany at various youth levels and was part of the side that finished third in the 2011 FIFA U-17 World Cup in Mexico.

He spent his entire youth career with Stuttgart, and made his first team Bundesliga debut in 2013 last summer, he decided to join RB Leipzig, an ambitious young side formed in 2009 and powered by Austrian giant energy drink company Red Bull. They currently lie seventh in second division and it would not be a surprise if they joined the 1.Bundesliga next season.

In an interview with Samindra Kunti during RB Leipzig’s winter training camp at Aspire Zone in Doha, Rani talked about his club’s ambitions this season, the dream of playing with German national team and about what he learned from his brother, Real Madrid midfielder Sami Khedira.

On the match against Red Bull Salzburg

“It was a good game, the two teams have a nearly identical philosophy. For outsiders it must have been interesting [to watch]. There was a lot of pace in the game. And the 3-3 result was spectacular.” 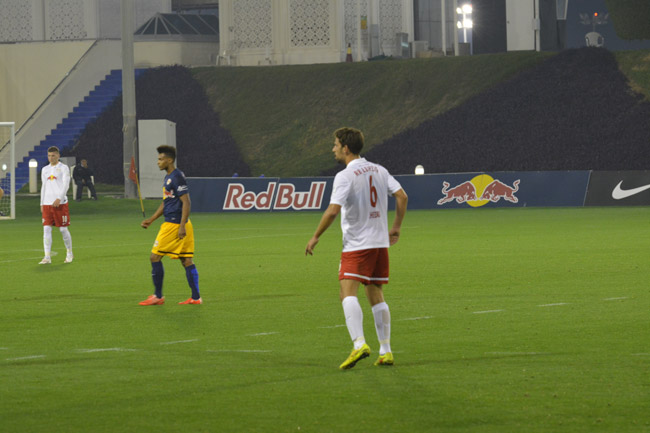 On the Training Camp at Aspire Zone

“This was my first training camp with the team. The conditions were optimal. It was probably the best time of the year to come here. The pitches are perfect, the hotel and the food are good. We can be a 100 percent satisfied.”

On possible promotion to the 1.Bundesliga this season

“We simply want to stay close to the top of the table without destroying ourselves. We know that we have to fight in the last 15 games of the season and to win as many games as possible.”

On the team’s many young