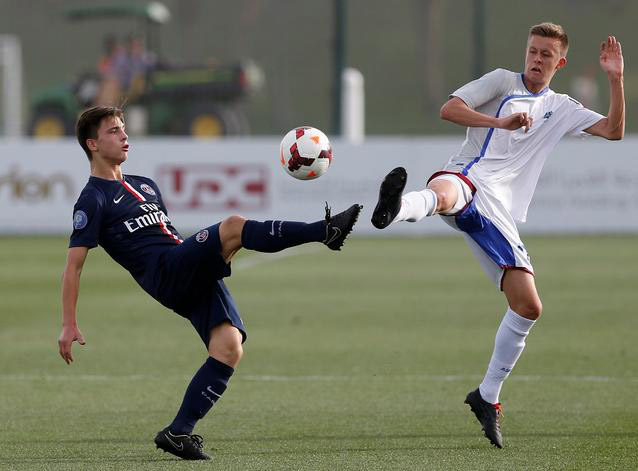 Paris Saint-Germain were back to their dominant best as they swotted aside reigning champions Aspire International in a game that sent shock waves through the Al Kass tournament.

Going into the game, it was a question of which PSG team would turn up. They had eased to victory in their opener against Atletico Madrid before producing a pallid display in the 5-0 defeat to Sao Paulo, having fielded a side containing eight changes. For this quarter-final, the Parisians reverted to the starting line-up that had served them so well in their first game.

Aspire also fielded the same 11 who had dispatched Schalke 04 in their first game, with midfielder Innes Murray back in for Ramazan Orazov in the only change from their 1-0 win over Real Madrid last time out.

With so much at stake, the game was slow to catch fire, with the two sides cancelling each other out in the early stages. PSG produced the first shot on goal 10 minutes in, with Lorenzo Callegari testing Francis Uzoho from distance, the Aspire keeper gathering comfortably. But the Parisians were ahead a few minutes later when right back Alec Georgen got in behind the Aspire defence on the right flank, crossing hard and low for Jonathan Ikone to drill home at the near post.

PSG were good value for their lead, working hard to close down space and retrieve the ball whenever they lost it, and denying Aspire the space to settle in to their customary rhythm.

But on 25 minutes Aspire