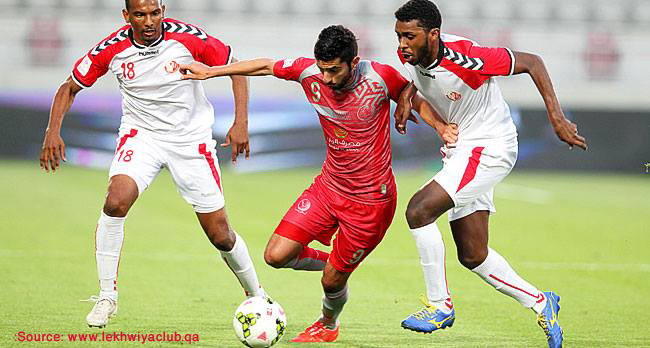 Chico Flores scored the only goal of the game as Lekwhiya defeated Al Shamal 1-0 on Thursday to go two points clear at the top of the league table.

The Spanish centre-back headed in Ali Afif’s corner in the 33rd minutes to condemn Al Shamal to their 11th league defeat this season.

In today’s other match Al Shahania revived their hopes of survival with a 1-0 away win over their fellow struggles Al Wakrah thanks to a goal from substitute striker Fahad Khalfan in the 57th minute.