It was joy for the Kashima Antlers over defending title holders the Western Sydney Wanderers in Parramatta last night (Tuesday 21 April). The game was played in persistent driving rain with cold winds and yet remarkably the pitch surface stood up well thanks to installation by Pirtek Stadium management of a new drainage system only months earlier. 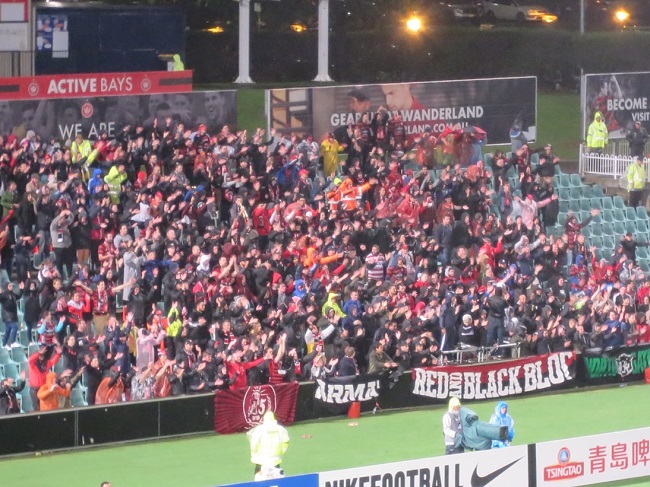 In the previous 24-36 hours the Sydney and adjacent Hunter region had experienced its most extreme sustained weather for over 40 years. Up to 200 millimetres and more of rainfall and cyclone strength winds had combined to cause widespread damage, evacuations and tragically the loss of some lives. For the crowd of over 5,000 who braved the elements and State government warnings about potentially dangerous road conditions for travel both teams provided a worthy spectacle with the game finely balanced right until the final whistle. 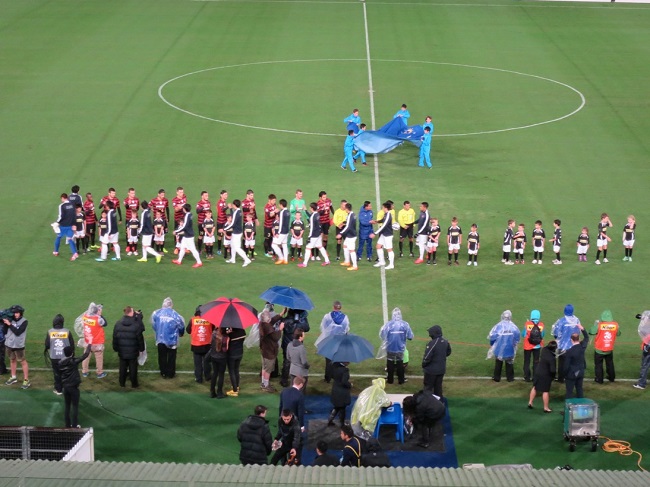 The Wanderers had the better of the first half and it was no surprise to see them take the lead in the 24th minute. After a lovely build up the ball found Nikita Rukavytsya on the left side and he produced a fine finish past the advancing keeper.

The hosts had more opportunities to increase the lead, in particular on 44 minutes when Romeo Castelen blasted high over the bar from close in at an angle when the option of a pass to unmarked striker Kerem Bulut on the inside may well have produced a goal. 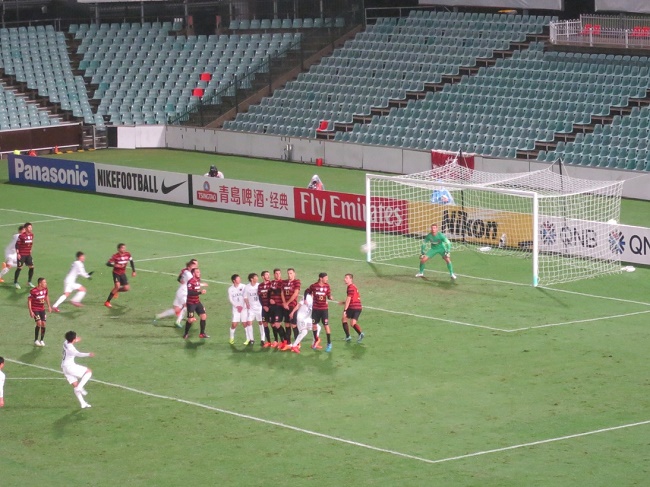 After the break it became clear that tactical adjustments had been made and Kashima soon began to dominate possession and applied consistent pressure. Numerous chances were created and the Wanderers had goal keeper Ante Covic to thank for fine saves just on and after the hour mark. 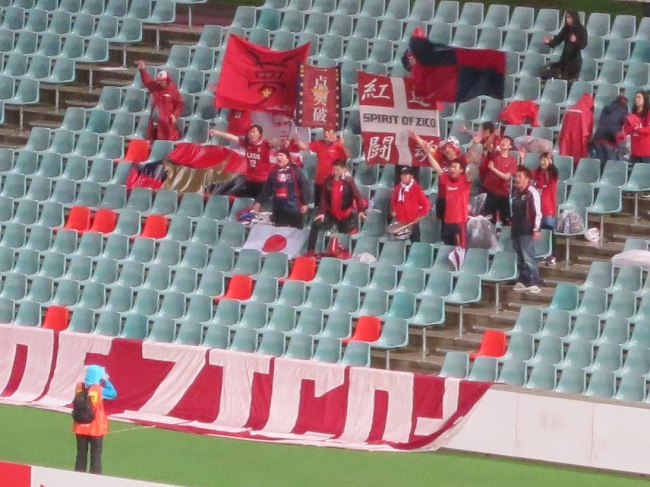 On 66 minutes a swift counter attacked put Shoma Doi into space on the right. After a fine first touch he produced a wonderful left footed shot around the keeper and into the goal inside the far post to bring the scores level. 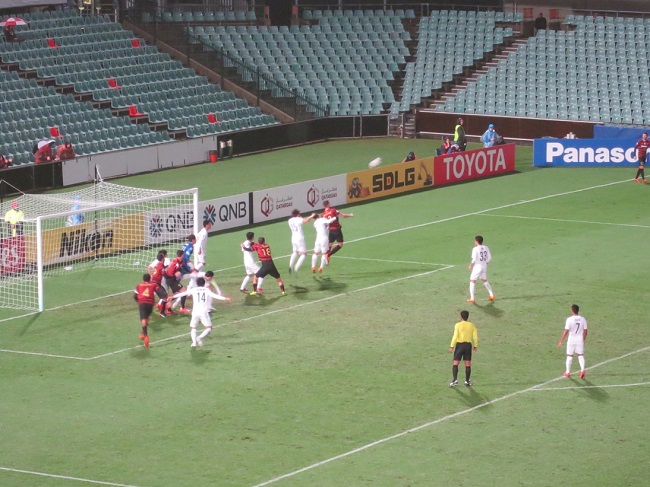 The Wanderers tried to lift however they were unable to create further clear cut chances and it was Kashima who held poise and patiently stuck to their game plan. Into stoppage time a sweeping cross was fired in from the left wing which was met at the near post Mu Kanazaki who steered home from close range to make it 2-1. 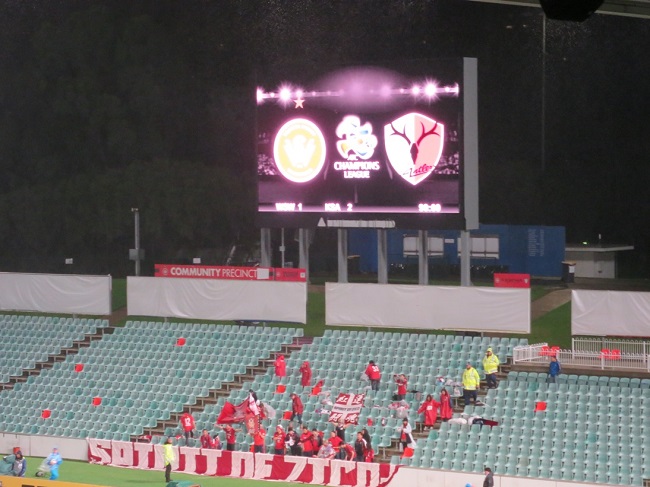 The last gasp loss was a bitter disappointment for the home side. In reality the Antlers were deserving winners after such a fine second half performance which delighted a hardy band of their travelling supporters. Along with the Wanderers