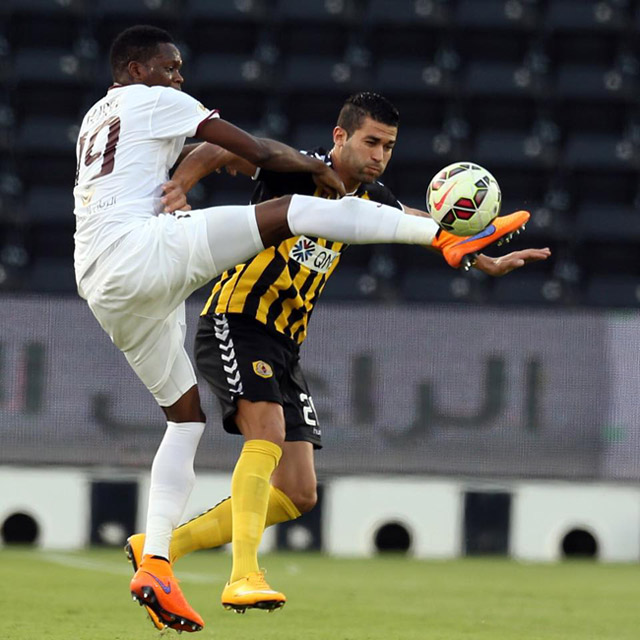 El Jaish reached their first ever Emir Cup final after a dramatic 2-1 victory over Qatar Sports Club on Friday.

It was Qatar who took the lead in the 34th minute through their Tunisian top scorer Hamdi Harbaoui who was left completely unmarked to send the ball home from close range with a delightful acrobatic finish after a pinpoint cross from Abdullah Al Diani.

But Qatar’s lead lasted only for five minutes.

Romarinho used his trickery and speed to surge through their defense before seeing his shot bouncing off the post. Abdul Qader Ilyas was in the right place to follow with a simple tab in.

Mohamed Mubarak made a number of impressive saves to keep El Jaish at bay, and with the game going into injury time it seemed that a penalty shootout was imminent, but Romarinho came to the rescue once again.

The Brazilian striker, who hit 16 league goals this season, superbly controlled Mohamed Muntari’s low cross inside the box, and calmly picked his spot to score the winner and send his team through to the final.