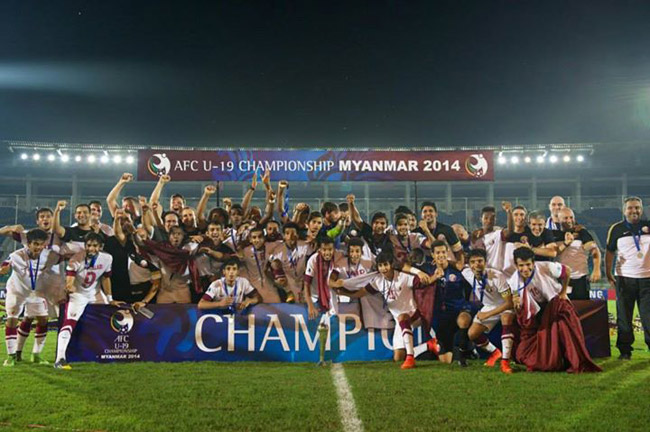 At the early hours of Sunday, the Qatar U-20 squad will kick off their World Cup campaign in Hamilton, New Zealand with a tough test against South American powerhouse Colombia, and expectations of every football fan in the Gulf nation are higher than ever after the young Annabi side convincingly clinched their first ever Asian Cup title last year.

The team is being compared to the legendary side that knocked out the likes of Brazil and England before reaching the final of the 1981 FIFA U-20 World Cup in Australia, before losing to Germany at a rain-soaked Cricket Ground in Sydney.

Spanish coach Felix Sanchez has plenty of talent in his team, and with the results achieved during the training camps leading up to the World Cup, including a 1-0 win over Spain, achieving another historic result in New Zealand do