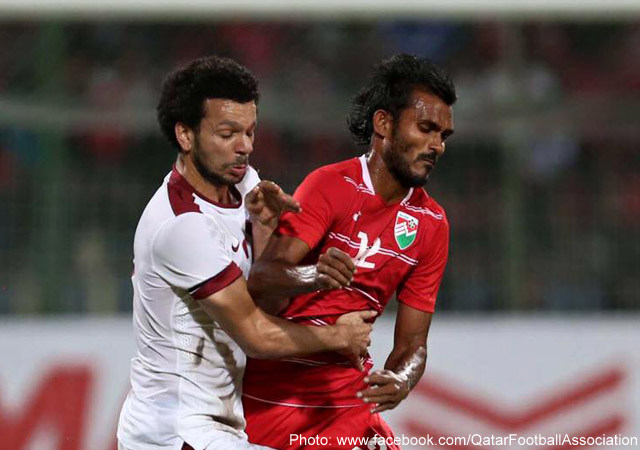 Ahmed Abdul Maqsod was the hero as Qatar kicked off their 2018 FIFA World Cup qualifiers campaign with a hard-earned victory over Maldives in Male.

The 25-year-old midfielder scored the only goal of the match in the ninth minute of added time.

A man of the match performance by Maldives goalkeeper Imran Mohamed was not enough for the hosts who paid dearly for needless time wasting techniques.

Al Annabi dominated the match and should have won this game easily but could not find a way past a brilliant goalkeeper.

In the other group C game, Hong Kong beat Bhutan 7-0.