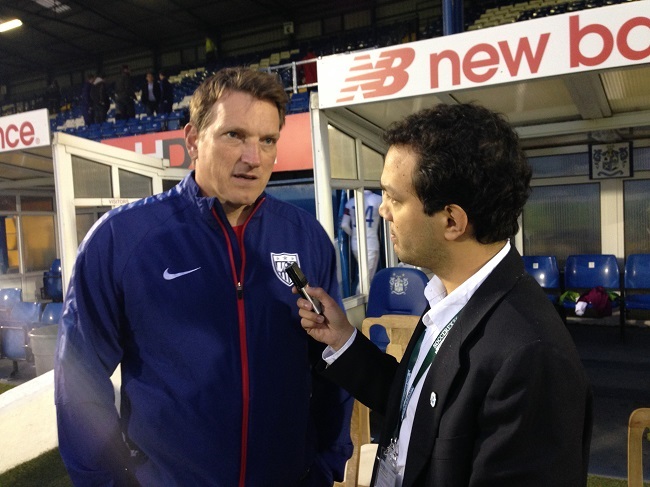 By Samindra Kunti – Bury, United Kingdom – Following Wednesday’s match between the Qatar and USA Under-23 national teams at Gigg Lane Stadium in Bury, we spoke with the head coach of the American side, Andreas Herzog.

The former Austria and Werder Bremen legend felt optimistic about his side’s chances of qualifying to the Olympic Games in Rio, and was also impressed by how the young Annabi side developed since the teams last met in May during the Toulon Tournament.

The USA defeated Qatar 2-0. Your views on the match?

Overall, the performance was good from us. We were lacking the power and desire to score in the final third, in particular in the first 60 minutes. We missed a couple of key players up front, but to win the last game before the Olympic qualification starts is important. We lost against England last week and it was great for us to win. Honestly, you have to give Qatar credit for doing a great job defensively and they had some scoring opportunities. I am happy that we won this game.

How did the game compare with the Toulon match against Qatar?

Toulon was different, because it was our fourth game in seven days. We were ready to play, but I think Qatar were also better. They gave us a hard time, in the second half we were happy to score the first goal and, like in every game, it