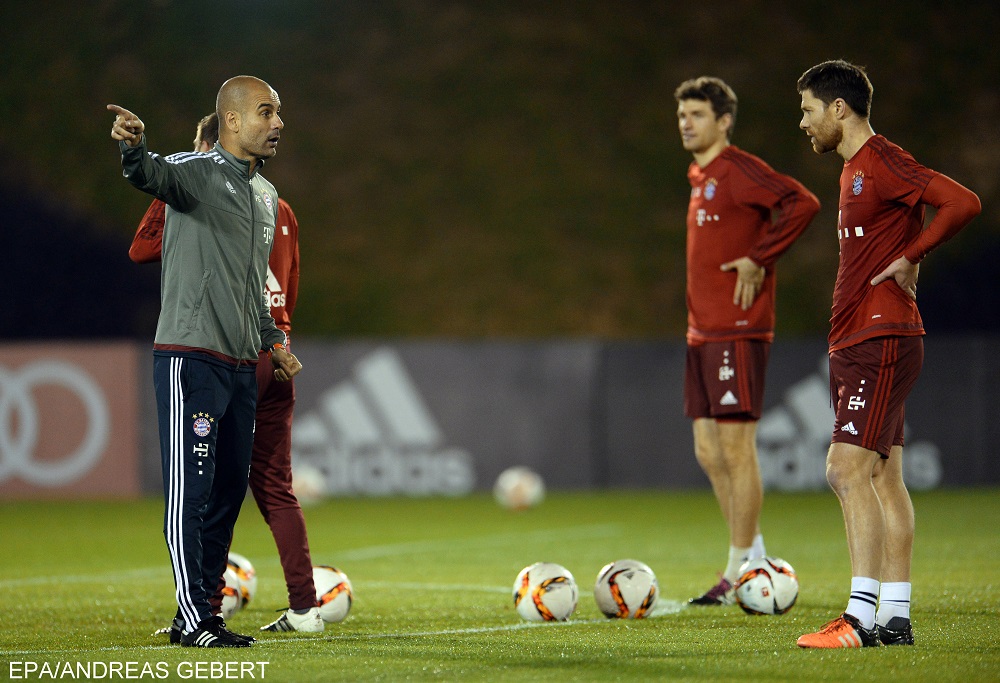 Munich’s head coach Pep Guardiola (L) talks to Thomas Mueller (C) and Xabi Alonso during their first training session in Doha, Qatar, 06 January 2016. Bayern Munich stays in Qatar until 12 January 2016 to prepare for the second half of the German Bundesliga season. EPA/ANDREAS GEBERT

For the sixth year in a row, The Bundesliga Champions Bayern Munich are in