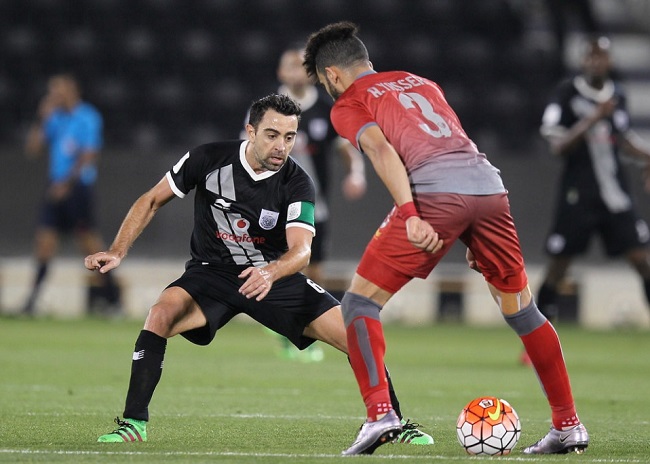 Xavi Hernandez will get a final chance to end his first season in Qatar with a trophy as his side take on Lekhwiya in the final of Emir Cup on Friday.

The former FC Barcelona and Spain legend joined Al Sadd last summer on a 2-year-deal, but despite his frequent impressive performances, the team failed to reach the group stage of AFC Champions League and finished third in the Qatar Stars League. They are at the risk of ending the season without a trophy for the first time since 2012.

Al Sadd are the record winners of Emir Cup with 15 titles, and if they beat Lekhwiya today, they will be the first side to win three successive titles since 1997.

Lekhwiya might be the team that dominated the local scene in the past five years, but today they will be playing their first ever Emir Cup final.

Lekhwiya coach Djamel Belmadi, the man who led the Red Knights to two consecutive league titles in their first two seasons in the top flight (2010-11 & 2012), is under huge pressure after finishing fourth in the league this season and suffering a 4-0 defeat against El Jaish few days ago in the first leg of the AFC Champions League round of 16, only victory today might save his job.

Al Sadd coach Jesualdo Ferreira took charge of the team last November after the resignation of Hussein Ammouta. His achievements include leading Porto to three consecutive Primeira Liga titles between 2006 and 2009 and wining the league and cup double with Zamalek of Egypt last season.