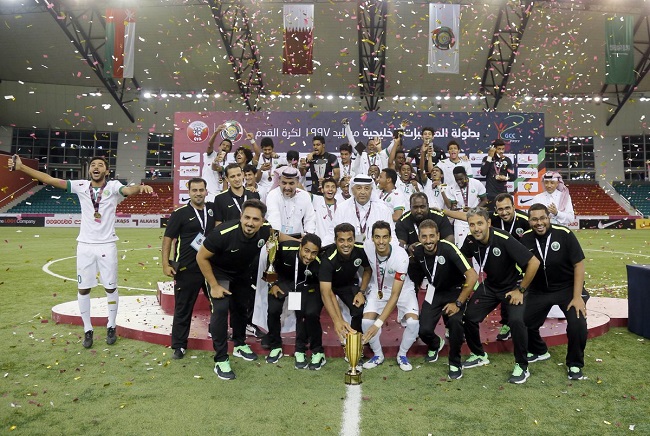 Saudi Arabia wrapped up their GCC U-19 Championship campaign with an impressive 3-0 win over hosts Qatar on the final day of the tournament.

Despite participating with an under-18 side the Saudis managed to win all their four matches, scoring ten and conceding only once. There had already secured the title before today’s game.

On the other side, it was another dismal performance for the hosts as they suffered their third defeat in four games, managing only a 1-0 victory against an understrength Bahraini side.