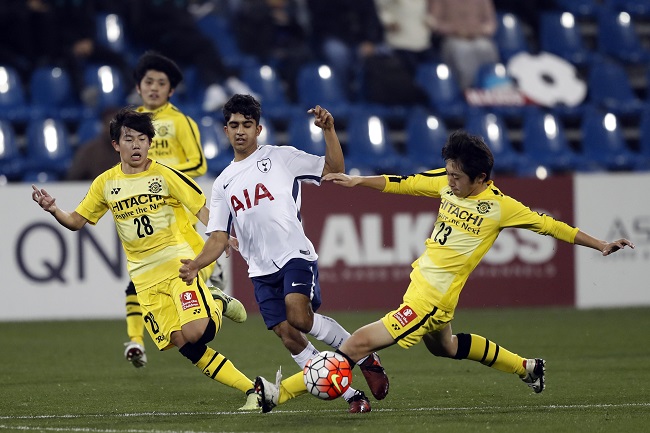 Kashiwa Reysol conjured an incredible 3-2 victory against a superb Tottenham side in a pulsating final game of Al Kass Day Two.

Kashiwa are now veterans of the International Cup and, at each edition in which they have appeared, they have impressed with their fast-paced possession football. The 2018 side are clearly modelled along the same lines.

Meanwhile Tottenham, appearing in Doha for the first time, displayed similar attributes to their Japanese opponents, making for a fascinating spectacle in which both sides combined maximum endeavour with well-drilled technical virtuosity.

Indeed, in the opening period, the two teams cancelled each other out, competing stoutly for every ball and ensuring that chances were at a premium.

Midway through the first half, lively Spurs forward J