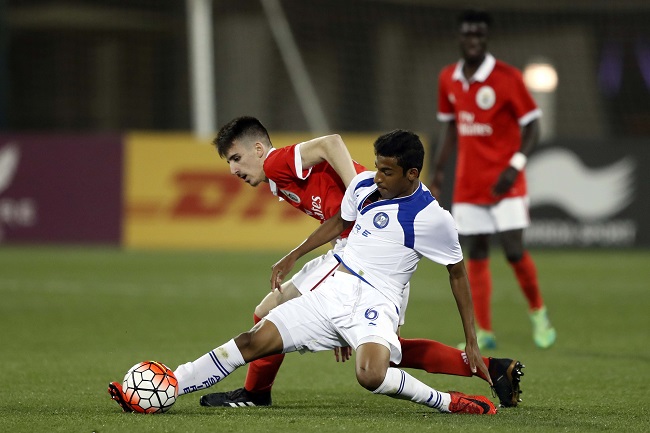 Benfica produced a stunning second-half comeback against Aspire Academy on an evening of high drama at Al Kass International Cup.

Two goals down at the break, an inspired double substitution changed everything as the Portuguese scored five goals in a devastating 16-minute spell on their way to an astonishing 7-3 victory.

With the last play of the game, Aspire prevented being knocked out of the tournament with a goal by Naif Al Hadhrami, which secured progression to the next round thanks to the goal difference.

Benfica had made eight changes from their first game, while Aspire made four. Hugo Nunes, scorer of what was arguably the goal of this or any other Al Kass tournament in the Portuguese side