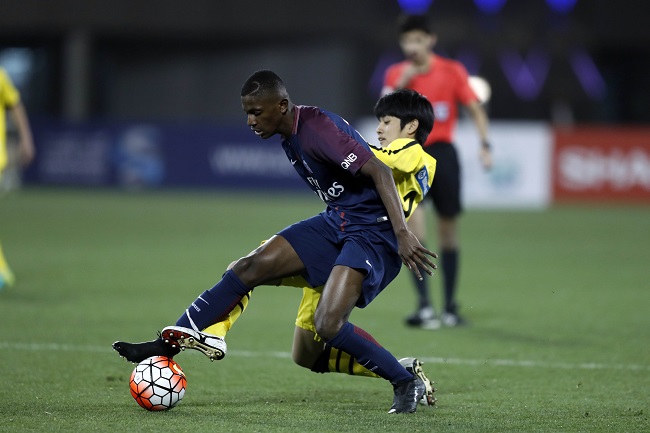 Paris Saint-Germain and Kashiwa Reysol fought out a 1-1 draw in the final group stage game of Al Kass 2018.

Both sides were already assured of reaching the knockout phase after each winning their opening games against Tottenham. But the pedigree of both PSG and Kashiwa during previous editions of Al Kass suggested that this match would be treated as far more than just a training session, and so it proved, although the pace was initially rather sedate.

Paris Saint-Germain, just 24 hours on from their high energy clash against Spurs, made wholesale changes, with only Curtis Fiawoo and Maxen Kapo surviving from the previous starting 11. Kashiwa, meanwhile, made four changes, with their line-up once again including keeper Leo Kokubo.

Incredibly, Al Kass 2018 is the third edition of the tournament that Kokubo has starred in, having first appeared as a 14-year-old in 2016. His reliability has been key to Kashiwa