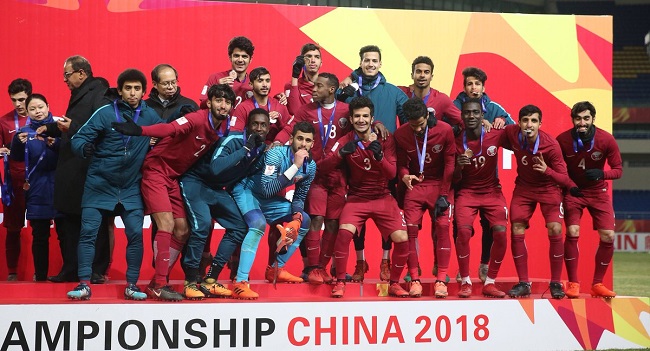 Qatar ended their AFC Under-23 Championship campaign on a high note by defeating South Korea 1-0 in the third- place playoff to take bronze, their best ever result in the history of the competition.

Akram Afif scored the only goal of the game six minutes before the break after a superb solo run from near the midfield line.

South Korea dominated the game but Al Annabi threatened on the counter, but the crucial moment of the game came early in the second half when goalkeeper Youssef Hassan saved a penalty from the Taegeuk Warriors captain Hwang Hyun-soo.