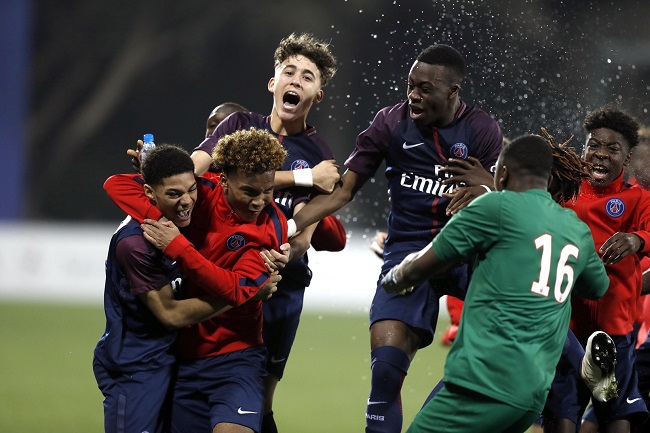 Paris Saint-Germain made it to the semi-finals of Al Kass 2018, winning a penalty shootout against Aspire Football Dreams in a game that the French youngsters could easily have lost.

Both sides had been quietly impressive in the group games, progressing to the knockout stage with a minimum of fuss. Stylistically, PSG and AFD are strikingly similar, combining solid organisation with technical prowess and high fitness levels.

AFD had the better of the opening exchanges, and Isaac Nuhu went close to opening the scoring on four minutes with a good effort from the left-hand corner of the area that curled just wide of the far post.

But, with the game 10 minutes old, PSG produced a moment of brilliance that almost broke the deadlock. Tanguy Coulibaly chipped a diagonal ball from the left into the path of Massinissa Oufella, advancing towards the penalty area, and the Paris captain smashed a rising drive against the crossbar.

Despite pre-match predictions of a cagey encounter, it was soon clear that the fourth of the quarter-finals was developing into an open match, and it was soon AFD