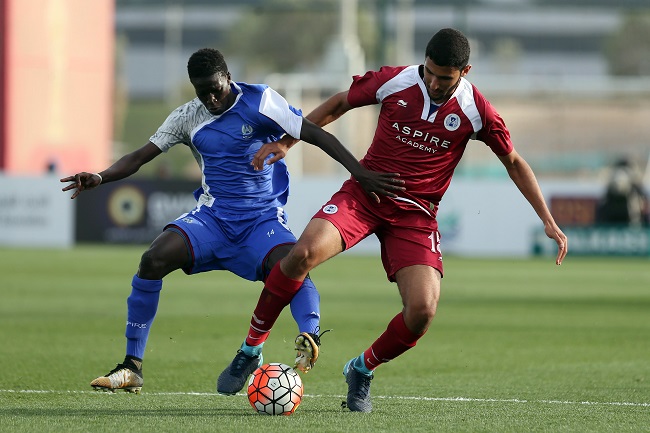 Aspire Football Dreams overcame Aspire Academy by a single goal to nil in a match where the windy conditions influenced proceedings as much as any one player.

In their previous game, Aspire Academy had stood up well to the unashamedly physical approach of Esperance Tunis, and were unfortunate to have suffered a single goal defeat despite playing the better football.

Meanwhile, less than 24 hours after suffering a heart-breaking defeat to PSG in a dramatic quarter-final penalty shootout, AFD had to pick themselves up and go again.

It said much about the professional approach of both sides that the youngsters seemed to have put previous disappointments behind them as they quickly resumed their precise, high-energy passing games.

In the opening stages, AFD