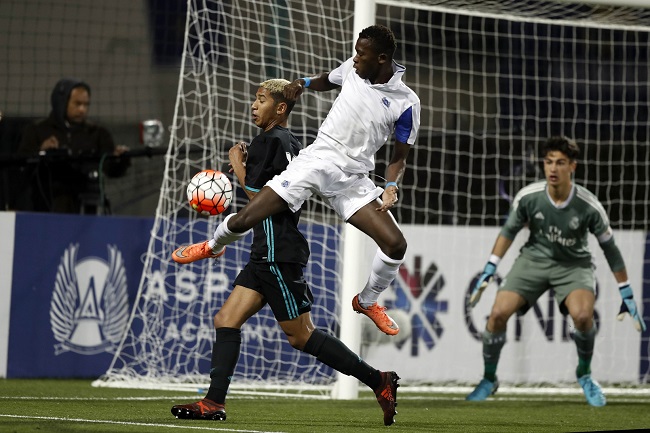 Aspire Football Dreams ran out deserving 3-1 winners against Real Madrid in an engrossing clash between two of the strongest squads at Al Kass 2018.

The teams had met earlier in the tournament, sharing the spoils in a 1-1 group game. Both sides were unlucky to have had their progress curtailed at the quarter-final stage, with Football Dreams going out on penalties to PSG, and Real falling victim to the now-familiar smash-and-grab tactics of Kashiwa Reysol.

All in all, it meant that there was little left to play for but pride in this encounter. So it was a credit to all concerned that this game quickly developed into a highly competitive affair.

Initially, there was little to choose between the teams, but Aspire were soon in the ascendancy, and took a deserved lead on 25 minutes. Real